The very lightweight Adminer script is now included by default in all SlickStack installations, hosted as a single adminer.php file under the /var/www/meta/ directory.

This “hidden file” approach means a cleaner public web root, and less room for attacks and exploits. It uses the Nginx alias feature to point requests to example.com/adminer to the /var/www/meta/adminer.php file without frontend users even realizing it.

We have been testing this feature for the past several weeks with great success, and it is not also linked in the SlickStack drop-down menu in WP Admin Dashboard.

The benefit of Adminer vs. phpMyAdmin are numerous but the main reason we chose it is because it is so lightweight — merely a single PHP file. Unlike phpmyadmin it does not require any Ubuntu packages to be installed, nor any configuration either. It simply works out-of-the-box as a PHP file accessed from the server frontend, without any security drawbacks too.

SlickStack hopes to eventually become a sponsor of the Adminer project if possible, as we have relied on it and recommended it for many years! 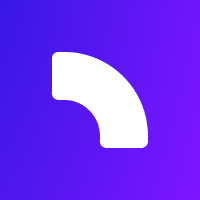